Remember to put the cap back on your pee jar in the middle of the night.

A recently-removed post on the Burning Man website reveals what we’ve all long suspected: decommodified tea is more fun than tea that costs money. See the screenshot below.

Experts in the field of herbal hot water beverage mood enhancement science have concluded a six year study of the compared effects of cups of tea served at the famous Skinny Kitty Teahouse and those served at the institutionalized tourist trap known as Center Camp. Published results show that the free tea served at SKT scored sixty percent higher among burners in overall experiential satisfaction than its $6 counterpart sold at the centralized meat market. The experiment, which employed the use of double blind fold tests and other procedures too technical to go into in this brief article, were tabulated over a five year period from 2002 to 2007, but were not published until recently because of the threat of a suit by Center Camp Tea Corp. It wasn’t until an independent lab sponsored by Bro Industries acquired the data that the findings were released. While standing in line for tea at center camp, one ten year burner said, “Shit everyone knows that. I’m just here trying to get some tail!” 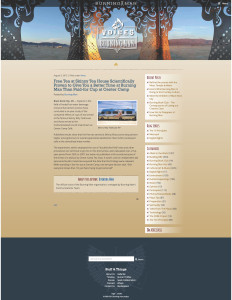 Now go download our list of tea and coffee camps, print it out, laminate it, and take it to the playa. Think of it as the Rockstar Librarian for caffeine.