The Burnal Equinox has come and passed. Jack Rabbit is speaking on an increasingly regular basis. The snow is slowly peeling off of Nevada’s mountains. The Department of Public Works (DPW) are out in Gerlach. Every day brings us all that much closer to Burning Man.

Many that read this already know what magic Burning Man has to offer, others are looking forward to their first trip out to the Playa, and still more are scratching the surface, wondering what Burning Man is and what kind of culture could possibly convince 50,000+ people to spend a week enduring some of the harshest climates our planet has to offer. For some, one week in the desert is too much to consider, but those that build the Burning Man infrastructure are already getting started early in May.

A week long event like Burning Man cannot occur with merely a week of preparation, a week of wonder and a week of cleanup. It is for this reason that Burning Man ranch exists. It is also the reason that people are already preparing the Playa, building and crafting the infrastructure of a mind-blowing cultural phenomenon, and living minimally miles away from the nearest store. It is the reason that Quinn Yarbrough has lived in Gerlach, Nevada for the past ten years.

DPW teams, as well as authorized artists and engineers who are  building their installations for the burn, spend the end of spring and their entire summer laying the groundwork for the Burning Man festivities.

While I was on the ranch, there were about 10 other people there working through the day and relaxing when the heat got to be too much in the afternoons. They wake up with the sun to get an early start on the work day, but not a work day that includes ties and TPS reports. A staffed cook (by the name of Spooner) handles meals and morning coffee.

Throughout the day, in my time spent there, a crew was building this year’s airport for chartered aircraft seeking safe landings on the Playa. Quinn was running a number of errands and overseeing basically everything at the Ranch. The Dragon Smelter crew was cleaning up their art installation, wiring the Dragon with LED lights, testing the fuel lines that make extravagant fire effects possible and repainting.

At night the crews would meet casually in the communal dining room, and without the imposition of phones, computers and televisions they would engage in soul searching conversation, silence and attention to the sunset (which is a sunset like no other), and existential star gazing.

The sleeping quarters, unless you provide your own, are simply cargo containers the likes of which you would see being shipped across the ocean on massive, whale dwarfing cargo ships. These containers are divided in half, with raised beds, shelving and a lock box built in. This is what these folks call home for months out of the year.

When asked how it feels to be working out in the desert and mostly out of touch with technology and society, most would agree that it’d be a lonely existence. It takes a special sort of person to leave the city, the town, or even the comfort of their own bed to travel out to the desert to work hard for months in the unforgiving sun, and do it all without too many of the creature comforts city dwellers are accustomed to. It seems rather monk like, in some ways reminiscent of a Buddhist Monastery.

The work these people do, be it solitary, be it hot, be it taxing on the body and emotions alike, is all in service. In service of the seemingly magical times that manifest like dust storms on the Playa, swirling intensely and travelling through a good number of camps before disappearing on the wind. In service of a culture that spreads love, art, awareness, alternative education and ideas to the world. In service of a community that is inclusive of everyone, and who aims to take the gifts of Burning Man back to their homes, where they will spread further.

After three days at Burning Man Ranch it was time for me to journey back home. Work was calling, I hadn’t had my phone on for days (oh no!), and my dog needed some snuggling. What the Ranch gave me was an in-depth view of just what goes into making such a city, a community, and an experience actually happen every year. It gave me ever so much more respect for the dusty handed tool wielders that build sculptures, roads, streets and more. If a piece of my heart didn’t live in the Black Rock Desert before, it certainly does now.

So, next time you find yourself at center camp with a new friend, checking out the awesome builds and the amazing artwork (or maybe just seeking refuge from a dust storm) and you see someone wearing the DPW emblem, give them a hug and a thank you. Without them, you wouldn’t be there.

Playa Bound Art: The Problem of Money & The Default

Every year there comes a pivotal point when we decide if we'll be doing another ...read more 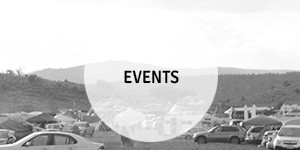 The line stretched through a hall glistening with silver mylar and blue lighting. An EL ...read more

A Journey to Afrikaburn

This year I had the incredible luck of attending the regional Burning Man festival in ...read more

[Originally posted on BurnerPrep.com] Imagine a few thousand people bustling through the heart of the South ...read more

What is the Most Absurd Thing You Could Do? A Newly Deflowered Burner's Interpretation

What is the most absurd thing you could do? Imagine it, right now. If you’re ...read more

Leave a Reply to Detour Ginger